The woods are full of wonder. They say there’s a golden treasure in the middle of the swamp, if you can resist the song of the Unearthly ones.

The woods are full of dangers. If the Duke’s footsoldiers or those dirty robbers from Jörnulf’s Keep don’t get you, there’s a good chance the murktrolls or wild harpies will.

The woods are full of opportunity. When those fat merchants come on through on their way to the market, you know who’ll be lying in wait for them.

The woods are full of hardship. When Winter comes, and the stores run out, how will you feed yourself and yours? Will you find it in your heart to be generous to strangers, or will your heart grow callous?

The woods are full of friendship. When the ice breaks and the rivers run free, who will you have standing by your side to greet the Spring?

Robber's Kin is a Belonging Outside Belonging role playing game based on Astrid Lindgren's classic childrens' story Ronja, the Robber's Daughter, which is set in a fantastical wood full of robbers, strange creatures from Scandinavian folklore and more.

A PbtA game set in a Scandinavian fantasy world. Instead of picking different playbooks, each player uses the same playbook for their two characters. Characters can be Child, Adult or Elder; they can age from one stage to another, and each stage has its own unique moves. I like how the world is described in the game, with wonders to explore and mysterious creatures to meet; and the changing seasons gives players a distinct focus at different times of the year. 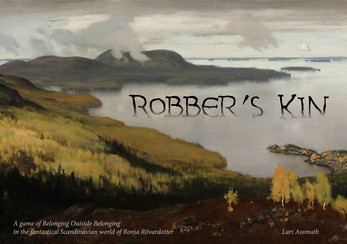 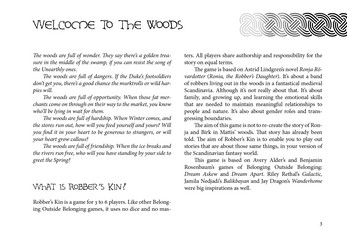 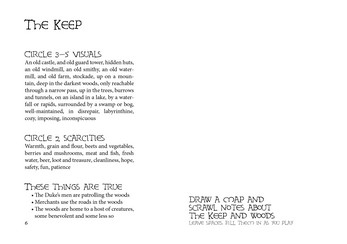 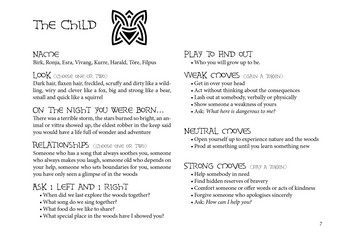 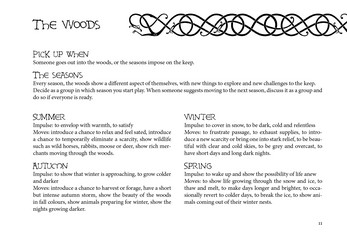 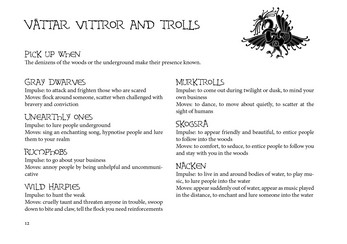