...and a letter of marque has come from the King to a small one-masted sloop, currently moored in Halifax, Nova Scotia. Captain Elcid Barrett is making his way into town as we speak, to find himself a privateer crew with which to roam the seas for American gold.
You are one of the local fishermen or -women who are brave, naïve or desperate enough to be persuaded by promises of adventure on the high seas.

This is a journaling game for one player. You can also play it with your friends and spin your yarns together. It's based on Stan Roger's song Barrett's Privateers, and was made for the Record Collection 2k20 jam.

few months after, still thinking about how i enjoyed playing this game. Short but really well writed. I like games that you play while you read them, absolutely no prep, and this one is still perfect. thank you

Thank you so much! This kind of encouragement is so good and important for small-time creators, and means a lot to me. Hope you have a great day!

GOD DAMN THEM ALL is a solo PbtA journaling game (with the option to play with friends). You play as a privateer on a voyage that is doomed to end horribly (unless you are very very lucky with dice). This game is beautifully layout, and the rules fit snugly on two sides of an A4 (or letter) paper, with an extra double-sided sheet for your journal. I love the simple mechanics, with only one move for the player character. I also adore how much is conveyed through the three simple MC moves, especially the one to make the world "salty and harsh". The use of historical setting is brilliant in this game, as the inclusion of real life places and year makes everything more flavourful.

That’s a tough one. I think as written, it’s kind of like a song in that it’s a pretty short, self-contained story. I suppose you could come up with a way to continue the story, using the same mechanics as a base, but you’d have to figure out how to make the continuation fit the end of the first story...

So I guess the short answer is that the game as it is doesn’t really support it (sorry!) but I fully encourage any attempts to hack it to do so. 😊

I'm now rich but price was to kill an innocent. Our "crew" never became famous, except as dangerous pirates... and we lost almost all members of the Tigershark crew. Last thing: I'm in jail, and I'm pretty sure that – if my brother is alive – he'll never contact me. I've lost hope... I've lost everything.

– last lines in her journal

That's a pretty cool journaling game. I began as a poor fisherwoman hoping to heard about her brother gone missing at sea. I ended up with my character rich but in jail, seen as a dangerous pirate and convinced that her brother Jack would never contact her (if he isn't dead.)

I suggest that, in the phone PDF, you could copy-paste the Dice Results text from the page 4 to page 11. And then this PDF should really be perfect to play as we read

Thanks for this game!
Reply
Lari Assmuth354 days ago(+2)

What a great story, thanks for sharing!

I’m glad you enjoyed it, and I suspect you’re right about pasting in the dice results on page 11! Thanks! 🙏 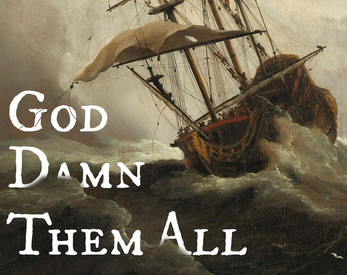