A Weekend in the Country Second Edition 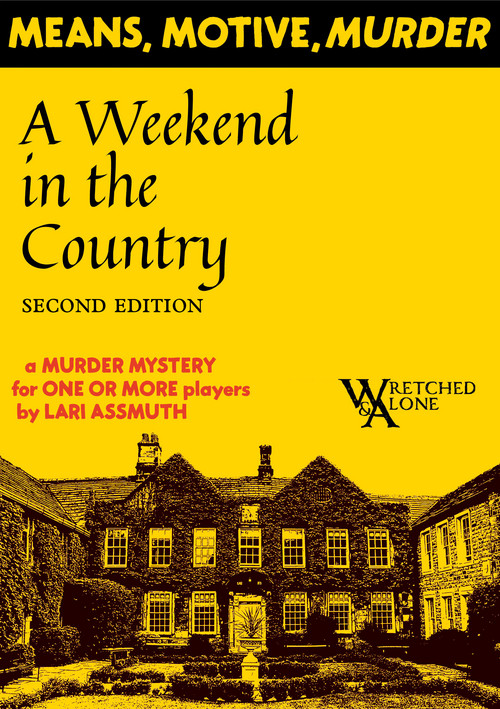 At long last, the second edition of my solo murder mystery game A Weekend in the Country is ready for release!

The first thing I want to make absolutely clear is that if you have the first edition then I give you express permission to download one of the community copies of the second edition. You deserve to try out this improved version, and I want to thank you for supporting me! If the community copies ever run out, please shoot me a line and I'll make sure to add more.

I was never quite happy with the way the first edition worked. The main problem was that the pre-written material was too constraining, so the player didn't really have any creative input. I felt it just wasn't a very engaging journaling game because of this. The player was just going through the motions, not really making any decisions.

For the second edition, I wanted to try something different out, and it was finally Jason Cordova's brilliant game Brindlewood Bay that gave me the inspiration and courage to hand the player the reins to actually solve the mystery. To accomplish this, the clues are now much more open for interpretation, and it's up to the player to actually draw the connecting lines between the clues they've gathered when they accuse a suspect.

Anyway, I hope you like this new version! Do let me know in the comments if you did or if there's stuff that you think could be improved on.

Get A Weekend in the Country

A Weekend in the Country

A murder mystery for one or more players